Put your ideas in order

Let me ask you a question that seems simple: Which is the best way to reorder a file in your desktop?

You could say that the faster and more convenient way is to select the icon and drag it to where you want it. Same thing with your smartphone. We are so used to this kind of interactions that we don’t stop and think about them.

Except when they don’t work.

What is the problem?

Reordering an idea in a Spines path is as simple as selecting and dragging it to its new position. But when your browser is handling 200, 500 or 1000 ideas, so simple can be very difficult.

Dragging requires too many coordinated actions to be executed simultaneously: move the idea while you keep it gripped (make sure it doesn’t slip away), scroll through a list by pushing it with the same item you want to reorder (right now you have nothing else at hand) and wait for the place where you’ll drop this idea to appear. More often than not, something goes wrong during this process and we have to start over. 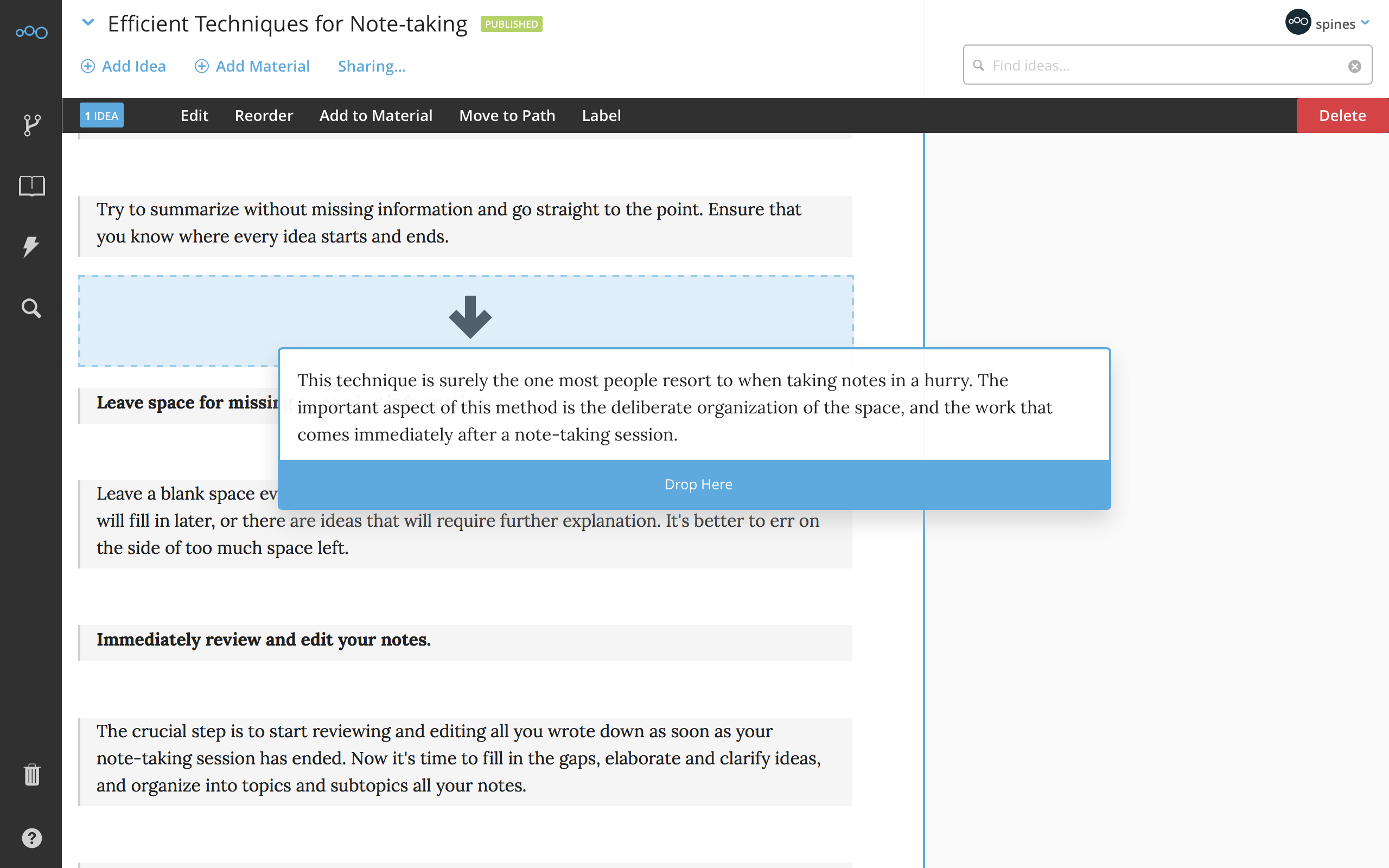 What if we do it the other way around?

Why not? It has already been invented, it is easy to handle, it is very accurate and everyone knows how to use it: it’s called the scroll. To change the order of an idea we don’t have to move it, we just have to move the list the idea is in. It works just as well in short or long lists. See an example:

Now sorting ideas in Spines is easier and more convenient. Move your ideas without rushing it or as fast as you want, but with all the accuracy and reliability the native scroll of your browser provides. If you still haven’t tried it, you should do it now. It is available on the Spines web application, both in desktop and mobile versions. Try it now, and put your ideas in order.